Greeting from President JASTRO (The Japanese Society for Radiation Oncology) 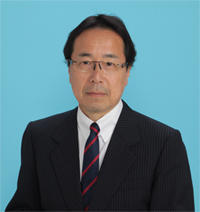 I was designated as the President of the Japanese Society for Radiation Oncology (JASTRO) at the Board of Directors’ Meeting of JASTRO’s 29th Annual Meeting. JASTRO was established as a general incorporated association in 1988, with the aim of advancing the field of radiation oncology in Japan. In 2012, it became a public interest incorporated association. The following year, 2013, it was also listed as one of the specialist medical societies of the Japanese Association of Medical Sciences. As of the end of 2015, 28 years after the establishment of JASTRO, the number of JASTRO members exceeded 3700, and of whom the number of the certified radiation oncologists accounted for more than 1000. The most recent impact factor of the Journal of Radiation Research (JRR) rose from 1.5 to 1.8. This indicates that the JRR has now been recognized as an important domestic academic journal within the broader field of oncology. In 2017, we commemorate the 30th anniversary of JASTRO. Now is the time for JASTRO to make its unique contribution to society based on our previous experience and also to reach new heights. It is crucial for us, as JASTRO members, to meet both our social and our ethical responsibilities to patients and their families, while serving on oncology boards, and contributing to relevant academic societies, both domestic and international.

Dr. Masahiro Hiraoka, serving as the first President of JASTRO, devoted major efforts to establishing a public interest incorporated association and reformed various systems including the membership system of our society. Thereby, infrastructure development was achieved and JASTRO acquired. Furthermore, Dr. Yasumasa Nishimura, one of JASTRO’s former Presidents, greatly contributed enormously to the development of our society, for example, by stabilizing the financial foundation, establishing the strategy for implementing both the new specialist system and the insurance coverage for proton and carbon-ion therapy, and creating a video to educate the clinicians about radiation therapy.

Radiation therapy is performed in 60–70% of all patients with cancer in the United States and Europe. In contrast, the radiation therapy implementation rate is only 25–30% in Japan. It should be noted, however, that cancer types vary and the calculation method differs between Western countries and Japan. Unfortunately, radiation therapy, regarded as one of three main treatment modalities for cancer, has yet to be fully accepted in Japan. By taking over Dr. Nishimura’s role, JASTRO will continue to promote awareness activities aimed at doctors in other departments’ patients and the general public, and will remain dedicated to expanding the indications of radiotherapy.

We will also continue striving to meet the twin goals of advancing the field of radiation oncology and raising awareness of its value.

For this purpose, JASTRO will seek to attract and support doctors deeply involved in clinical research in various societies, with the aim of increasing the proportion of radiation oncologists in each relevant society.

It goes without saying that both basic and clinical studies are important in all medical fields. Basic research needs to be expanded under the supervision of JASTRO and linked to innovative clinical research, a concept that has been widely addressed in prior radiation physics and biology sessions.

JASTRO will endeavor to enhance seminars for medical students/resident doctors and nurses, along with providing specialized workshops for radiation oncologists, and to give educational lectures in the Annual Meeting and the ESTRO School. We will also promote the cultivation of human resources such as radiation physicists, quality managers for radiation therapy, radiotherapy technologists and certified radiotherapy nurses.